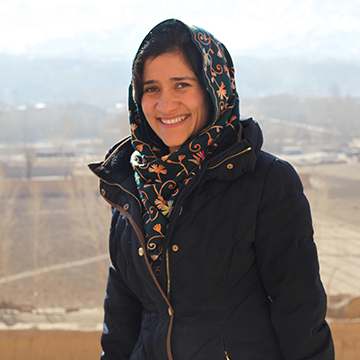 Shabana Basij-Rasikh is the co-founder and president of the School of Leadership, Afghanistan (SOLA), the first and only private boarding school for girls in Afghanistan. Enrolling nearly 80 girls in grades 6-9, SOLA provides its students a rigorous education that promotes critical thinking, a sense of purpose, and respect for self and others. Its students represent 25 of the nation’s 34 provinces; SOLA aspires to represent students from all 34 provinces by 2022.

Shabana is recognized internationally as a leading advocate for girls’ education. She is a global ambassador for Girl Rising, a call to action seeking investment in girls’ education worldwide, and was named one of National Geographic’s 2014 Emerging Explorers and one of CNN International’s Leading Women of 2014. She received the Malalai Medal, one of Afghanistan’s highest national honors, in 2018; is the holder of two honorary doctorates (SOAS University of London, UK, 2016; Cedar Crest College, USA, 2019); and in 2019 was named to the Forbes 30 Under 30 Asia list as a social entrepreneur.