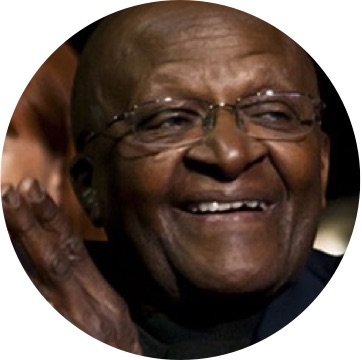 Archbishop Tutu received the Nobel Peace Prize in 1984 for his tireless work to abolish apartheid in South Africa and build a nation based on human rights, and social and economic justice. He was a strong advocate for nonviolent resistance and protest in the long fight to end the apartheid system of racial segregation and white-minority rule.

Archbishop Tutu was born to a poor family in Klerksdorp, South Africa where his father was a teacher. He began his career teaching high school in South Africa. He later devoted his education to the study of theology at King’s College in London, and in 1975 was appointed Dean of St. Mary’s Cathedral in Johannesburg, the first black to hold the position. He later became the first black General Secretary of the South African Council of Churches and the first black Archbishop of Cape Town.

When Nelson Mandela was freed from prison in 1990 and negotiated the dissolution of apartheid with President F.W. de Klerk, he asked Archbishop Tutu to chair the Truth and Reconciliation Commission for South Africa. 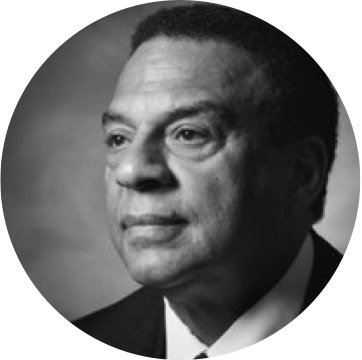 Former Mayor of Atlanta, Former US Ambassador to the UN | United States of America

Andrew Jackson Young Jr. is an American civil rights activist, elected official and diplomat. Beginning his early career as a pastor in Alabama, Young was an early and prominent leader in the Civil Rights Movement in the United States, serving as a close advisor to Martin Luther King Jr. and as executive director of the Southern Christian Leadership Conference. Ambassador Young was deeply influenced by Gandhi and the principle of nonviolent resistance. Andrew Young was a key strategist of both the civil rights campaigns in Birmingham Alabama and the March on Selma. He was with Martin Luther King, Jr. in Memphis when King was assassinated in April 1968.

Ambassador Young later became active in politics, serving first as a U.S. Congressman from Georgia, and was elected twice as the Mayor of Atlanta. Andrew Young served as the first African-American U.S. Ambassador to the United Nations. 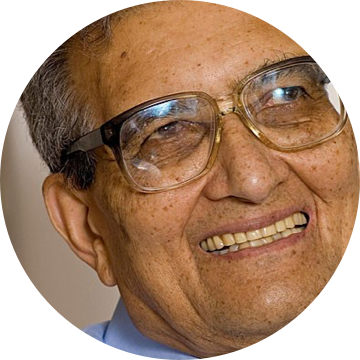 Amartya Kumar Sen received the Nobel Prize in Economics in 1998. His family is from Dhaka, now the capital of Bangladesh, and his father and grandfather were both teachers. He is currently a professor of Economics and Philosophy at Harvard University.

Professor Sen’s teaching, books, speeches and leadership have inspired a generation of leaders around the world working to create the conditions for economic and social justice, and to end extreme poverty and inequality in the developing world. Sen’s ideas have had a profound impact on the field of development and human rights. 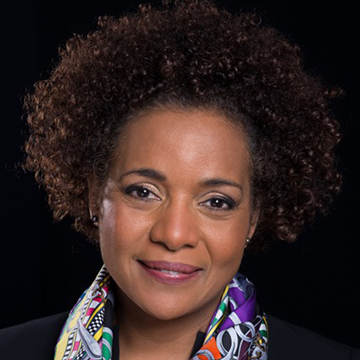 The Right Honourable Michaëlle Jean is a stateswoman, diplomat, and journalist who has devoted her life to justice, peace, inclusion, and unity.

Born in Port-au-Prince, Haiti, Ms. Jean and her parents were amongst the thousands of families forced to flee François Duvalier’s regime in 1968. Settling in Quebec, she experienced the great trials of a forced exile, what it means to start from scratch, and to rebuild oneself—as well as the rights, freedoms and responsibilities of becoming a Canadian citizen.

While studying at the University of Montreal she became active within the Quebec women’s movement, which would greatly influence her working life and lead her to help build a vast net-work with hundreds of emergency shelters for battered women and their children.

Ms. Jean has received dozens of honors and distinctions, including the Ordre des Chevaliers de La Pléiade; the United Nations Development Fund for Women Canada Award for her outstanding contribution in advancing gender equality; and the Grand Cross, the highest distinction granted by the order of the Legion of Honour, in recognition of “her unwavering courage to fight the injustices of this world.”

Together with her husband Jean-Daniel Lafond, Ms. Jean founded the Michaëlle Jean Foundation, whose programs support, through art and culture, civic initiatives alongside some of the most vul-nerable and disenfranchised—yet so eager and creative—young people in Canada. 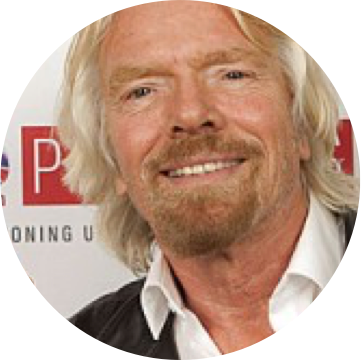 Sir Richard Branson is the Founder and Chairman of Virgin Group, a multi-billion dollar venture capital organization headquartered in London. Virgin Group holds more than 200 companies operating in over 30 countries.

Branson dropped out of school at 16 and immediately launched a series of entrepreneurial ventures. Virgin Group was founded in 1970, when Branson began selling records out of the trunk of his car, leading to the launch of Virgin Records, a music record label.

Branson and musician Peter Gabriel met with Nelson Mandela to convene a small group of respected, global leaders working to solve the most challenging global conflicts. In 2007, Mandela announced the formation of a new group, The Elders. Sir Richard Branson devotes much of his philanthropic efforts to the issues of the environment and climate change, working towards a post-carbon global economy. Branson plays a key leadership role in advocating that corporate and business leaders become active on environmental issues, tackling inequality and social justice and supporting human rights.

Branson has been greatly influenced by the work, life and values of Nelson Mandela, and cites his autobiography “The Long Walk to Freedom” as one of the books he recommends to everyone. “Mandela was one of the most inspiring men I have ever met and had the honor to call my friend.” 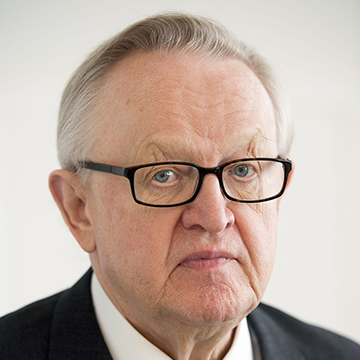