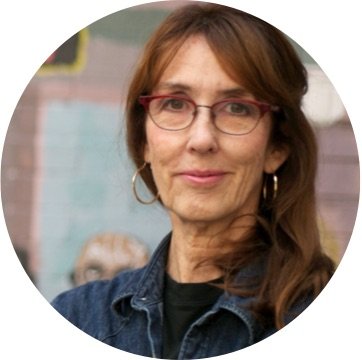 Cynthia served as Global Dignity's first Executive Director for five years, 2017-2021. She is now a Senior Advisor to the organization.

Cynthia began her career working in the American South on civil rights and the renewal of poor, rural communities. Her first job was at Highlander Center, one of the most important gathering places during the Civil Rights Movement for leaders, young activists, musicians and artists. She later joined Highlander’s Board, with the honor of serving with both Rosa Parks and Septima Clark, who started the legendary Freedom Schools throughout the South.

Cynthia was the founding executive director of the Portland (Oregon) Schools Foundation, building a diverse and unstoppable coalition of parents, teachers, leaders of youth and minority organizations, business and elected leaders to win seven successive campaigns which raised $850 million in public tax dollars for the State’s largest and most diverse school system. The Schools Foundation played a leadership role in supporting school leaders, teachers and their communities as they turned around the City’s high-poverty, low-performing schools into high-achieving, dynamic learning communities. Cynthia has served as Board Chair and a Board Member of a number of foundations supporting economic and social justice in the United States.

Before joining Global Dignity, Cynthia served as the first Director of External Affairs for the Rubin Museum of Art, the newest museum in New York City, where she was responsible for leading the development of the Museum’s first strategic plan, rebranding the Museum and leading all internal and external communications, as well as recruiting and engaging the Museum’s Board. She also led the Museum’s fundraising and helped establish a permanent Endowment of $120 million.

Cynthia was raised in New Delhi, where her father opened up the U.N. Mission for India and Pakistan. She is blessed to come from a large, extended family who are all dedicated, in a variety of different ways, to making the world a better place. She has two children and lives in Lisbon.