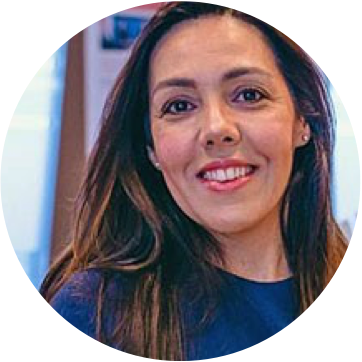 Carolina Parisi is a lawyer and is currently Associate Company Secretary at ArcelorMittal S.A. in Luxembourg, the world’s largest steel producer. She has a multi-cult profile having also worked on a green field project in India and lectured Commercial and Tax Law in Brazil.
She is also passionate about education, social causes and impact. In Brazil, she is one of the founders and member of the non-governmental organisation AME (“Minas Action for Education”) – which educates vulnerable groups and promotes informed and responsible citizenship later incorporated into the Federal Industry Confederation of Minas Gerais social program – SESI. In Luxembourg, she is the Founding Curator of the Luxembourg City Hub of the Global Shapers Community, an initiative of the World Economic Forum. She is also the co-founder of Bitbank – a blockchain advisory startupo dedicated among others to promote micro-insurance using blockchain technology and space assets, a board member of SOCIA – a project co-funded by the Erasmus+ Program of the European Union – aiming to put in place the first European, fully online management training program focusing exclusively on social innovation, and the VP for strategic partnerships at Avantgarde Analytics – a Data Science AI and algorithm campaigning. Carolina holds a BA in Law, a M.Sc. in Tax Law from the University of Minas Gerais (Brazil) and an Executive MBA from the European School of Business (Germany).