Global Dignity began in one classroom with 30 students in 2006. Last year, over 1.1 million young people across more than 80 countries participated in Global Dignity activities last year. Be part of our growing movement by volunteering in your country. 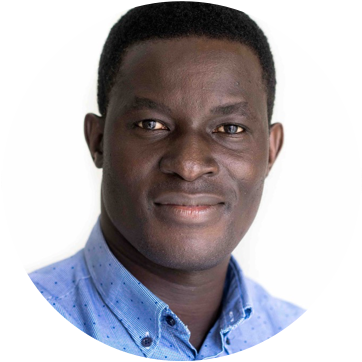 Victor Ochen is the founder and Executive Director of the African Youth Initiative Network | AYINET. At 33, Victor is the youngest African and the first Ugandan to be nominated for the Nobel Peace Prize in 2015. In 2016, Victor received the Elyse Treaty Award for his role in promoting healing, justice, peace and reconciliation in conflict affected regions in Africa. He was appointed as the U.N. Global Ambassador for Peace and Justice representing the Sustainable Development Goal 16; Peace, Justice and Strong Institutions, and for his ardent advocacy for victims of war, Mr. Ochen was appointed as Global Advisor to UNHCR on Gender, Forced Displacement and Protection.
Victor was born and raised in the village of Abia in northern Uganda. Like most children of his generation, his childhood too place during the peak of the bloody conflict of the Lord Resistance Army, LRA, which raged Northern Uganda for 20 years. Victor grew up in the internally displaced people’s refugee camps, amidst deep poverty. He struggled to survive daily threats of forced recruitment as a child soldier. Victor resisted the temptation to avenge the grief of losing family and friends, and instead chose to work for peace.
He founded the African Youth Initiative Network | AYINET in 2005, to support the survivors of the 20 year war which resulted in 3 million displaced people, hundreds of thousands killed and over 60,000 children abducted and forced to become child soldiers. AYINET’s work is dedicated to restore the dignity of thousands of survivors of the war. Victor’s life and work is dedicated to the principles of peace and our shared humanity. He believes that any young person can make the change they envision and do that work with others, with a spirit of community.