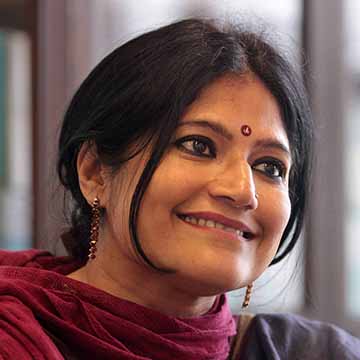 Runa Khan is the Founder of Friendship, an International Social Purpose Organization established in 2002. In Bangladesh, a country facing humanity’s most pressing challenges, Friendship helps transform lives by working together with vulnerable people in the remotest communities. It brings direct services to over 7 million lives a year. While nurturing opportunity, dignity and hope, Friendship’s strategy focusses on four vital challenges: Saving Lives, Poverty Alleviation, Climate Adaptation and Empowerment. Over the years, Friendship has developed integrate inclusive development model in the north of Bangladesh, on the costal belt as well as in the Rohingya camps with health, water and sanitation, and educational services.

She is the Founder and co-chair of Friendship International which operates from five European countries, building an improved understanding and stronger relationship between resource providers and beneficiaries, advocating new concepts of working together as a Global Team supporting and believing in Friendship’s actions, concepts, ideas and providing valuable affiliations and linkages, and providing financial and nonfinancial support. Her work is based on empathy, respect, and deep sense of justice and replicable innovation.

Runa Khan is an advocate of climate change and human rights, women empowerment, leadership, and importance of nurturing human values and gives talks at international conferences and Universities. She received numerous awards among which: Green Award by Positive Planet Foundation (2016), Social Innovation Leadership Award by the World CSR Congress (2014), Social Entrepreneur Award, IDB for contribution toward Women in development (2008), Rolex Awards for Entrepreneurship (2006), an Ashoka fellow and a Schwab Foundation Social Entrepreneur.

She is also a board member of Global Dignity, on the Advisory Council of British Asian Trust, Strategic Advisor of BIC Corporate Foundation, Honorary President of the One Sustainable Health Forum Approach, and an Honorary Trustee of Duke of Edinburgh Award Bangladesh.