Hong Kong is the financial centre of Asia, however, leading research indicates life satisfaction of our young people is declining, especially with increasing pressure from education, career and housing. Our organisation aims to help youth and adults become their best selves so they can help others achieve the same. We bring together schools, universities, community organisations, teachers, students, professionals, entrepreneurs and volunteers to embrace the “dignity” movement, and we look forward to seeing you in the next Global Dignity Day. 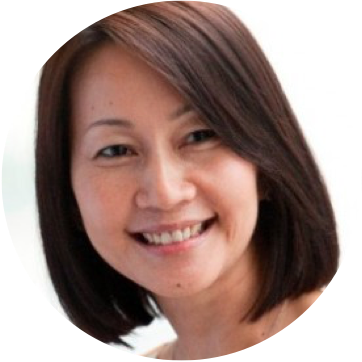 Diana’s career has spanned continents, businesses and sectors. Having lived and worked in Japan, China and the United States, Diana brings a truly international perspective to her work. She is passionate about the development of CSR initiatives (corporate social responsibility), impact philanthropy, social entrepreneurship in Asia, and key global issues such as education and extreme poverty.

Diana joined KPMG in 2007 and was formerly the Head of Corporate Social Responsibility and Diversity for KPMG China. She oversaw the establishment of the KPMG Foundation in 2008 and also served as the Foundation CEO until 2014. Diana recently joined JP Morgan Chase as the Head of Global Philanthropy for the Asia Pacific region.

Diana sits on the board of the China Foundation for Poverty Alleviation in the PRC, and the Mercy Corps Asia Council, USA. In 2010 Diana was named a Yale World Fellow, (the first from Hong Kong) and as a Young Global Leader by the World Economic Forum in 2011. She is a sought after speaker on topics related to CSR in the business community, philanthropy, civil society and women’s leadership.