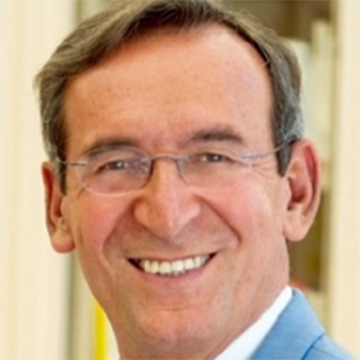 Marc-Olivier Strauss-Kahn is an international economist whose career in public service, central banking and governance spans multinational and domestic organizations in France, Switzerland and the USA. He is Honorary Director General of the Banque de France (BDF) in Paris (banque-france.fr).

He serves on for-profit and philanthropic boards of academic, business, cultural, educational, and scientific organizations. As France Country Chair of “Global Dignity”, he advances dignity-centered programs for minorities and youth, notably for those who have felt bullied.

He is the chairperson of the Scientific Council and a board member of CITECO: the “City of Economics” (www.citeco.fr). He co-chairs the French-US cultural association “The Arts Arena”. Additionally, he teaches macroeconomics, and is a member of academic fora, such as the SUERF Council (European Financial Forum), and formerly the Board of the International Journal of Central Banking (IJCB).

In 2001, he became Director general at the BDF where he had started in 1978. He worked also at the International Monetary Fund, the Organization for Economic Cooperation and Development, the Bank for International Settlements, the US Federal Reserve Board and the Inter-American Development Bank. He graduated in business (ESSEC, 1975), econometrics (Paris I, 1975), political sciences (IEP Paris, 1976), public economics (Paris X, 1979), and international economics (University of Chicago, 1983).