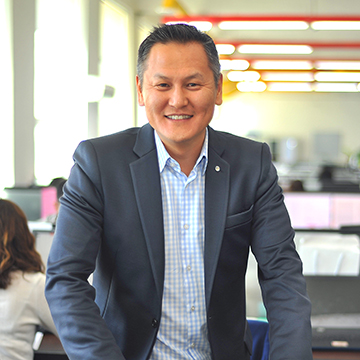 Ganhuyag is a Founder and Chief Executive Officer of Ard Financial Group, an investment holding company.

Ganhuyag started his career at the Mongolian Stock Exchange as a floor supervisor in 1991. He joined the Central Bank’s supervision division after graduating from the Budapest University of Economic Sciences in 1997. He was hired by UNDP’s MicroStart Pilot Project in 1998, and went on to found Mongolia’s first non-bank financial company X.A.C. in 1999 which was transformed into XacBank and Tenger Financial Group in 2001.

Ganhuyag Hutagt has served as the honorary consul of Hungary in Mongolia since 2006 and was appointed as advisor to Prime Minister of Mongolia on development and economic issues in 2009. He served as Vice Minister of Finance of Mongolia in 2010-2012. He served on the Board of the Microfinance Center in CEE and CA in 2008-2010 and Global Agenda Council (GAC) on social entrepreneurship of Schwab Foundation in 2009. In 2009 he was nominated to the Forum of Young Global Leaders of the World Economic Forum. In 2010 he was chosen as president of the Mongolian Students Union. Ganhuyag is also a founding member of the Mongolia Economic Forum and currently chairs the CEO Club of Mongolia.